Ozone is the second most powerful sterilant in the world and can be used to destroy bacteria, viruses and odors.

Ozone occurs quite readily in nature, most often as a result of lightning strikes that occur during thunderstorms. In fact the "fresh, clean, spring rain" smell that we notice after a storm most often results from nature’s creation of ozone. 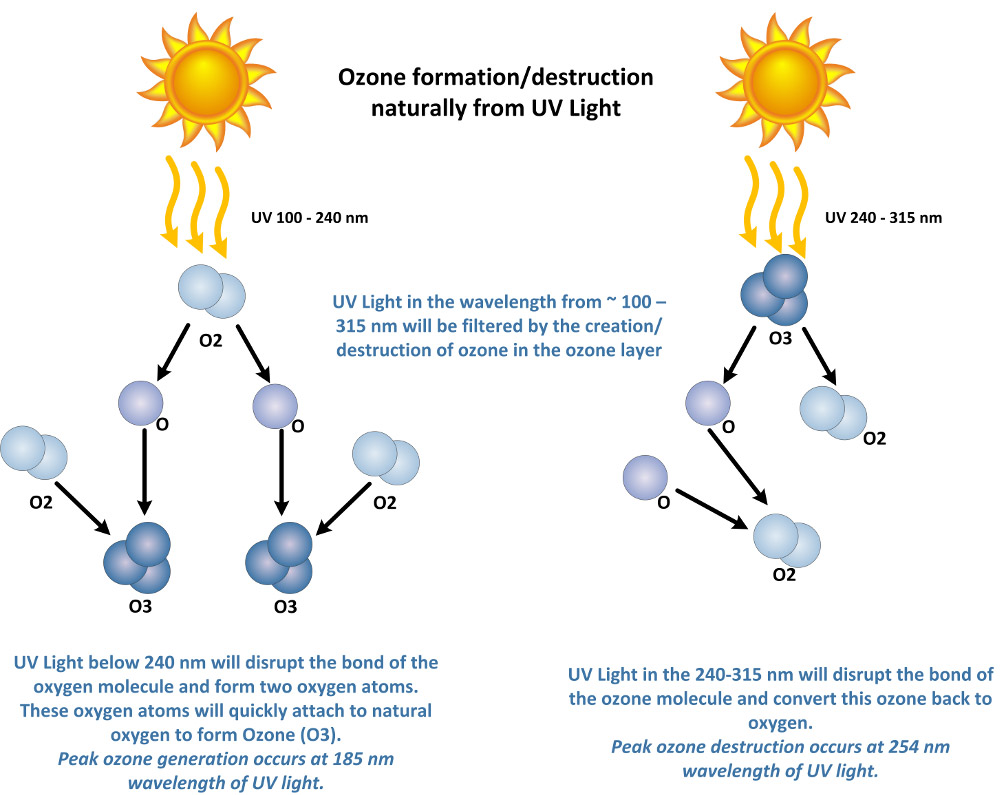 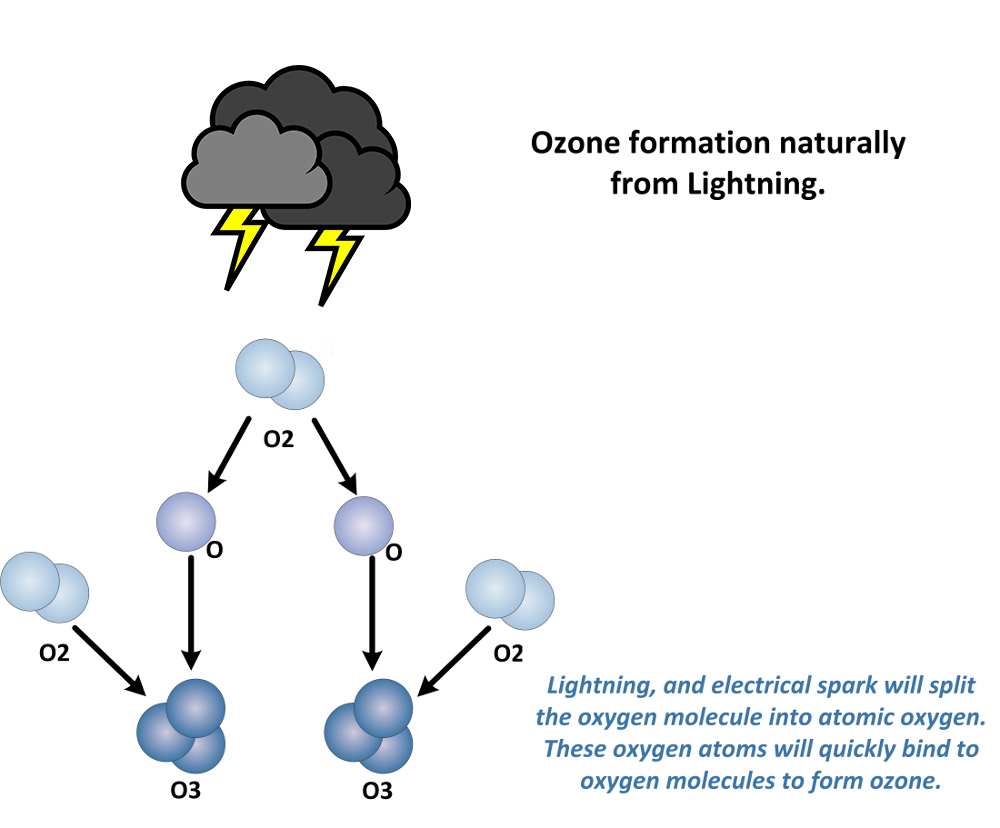 As soon as ozone is formed in the generator and dispersed in a room, some of it reverts back into oxygen. This step occurs by several processes including the following:

Additionally ozone itself has a half life which means that "residual" ozone created (extra ozone) will return to oxygen usually within 30 minutes, in amounts equal to half its level. What this means is that after each subsequent 30 minute period there would be half as much residual ozone left at the end of the period as was present at the beginning of the period. In practice the half life is usually less than 30 minutes due to temperature, dust, and other contaminants in the air. Therefore, ozone, while very powerful, doesn't last long. It does its job and then disappears.

No data
Next: How Ozone Works